Starting at
$0.99 for 1 day
Get Started
View all rates
You have permission to edit this article.
Edit
Welcome, Guest
Home
News
Sports
Entertainment
Obituaries
Photo Galleries
Videos
e-Edition
Classifieds
Subscribe
Share This
1 of 5 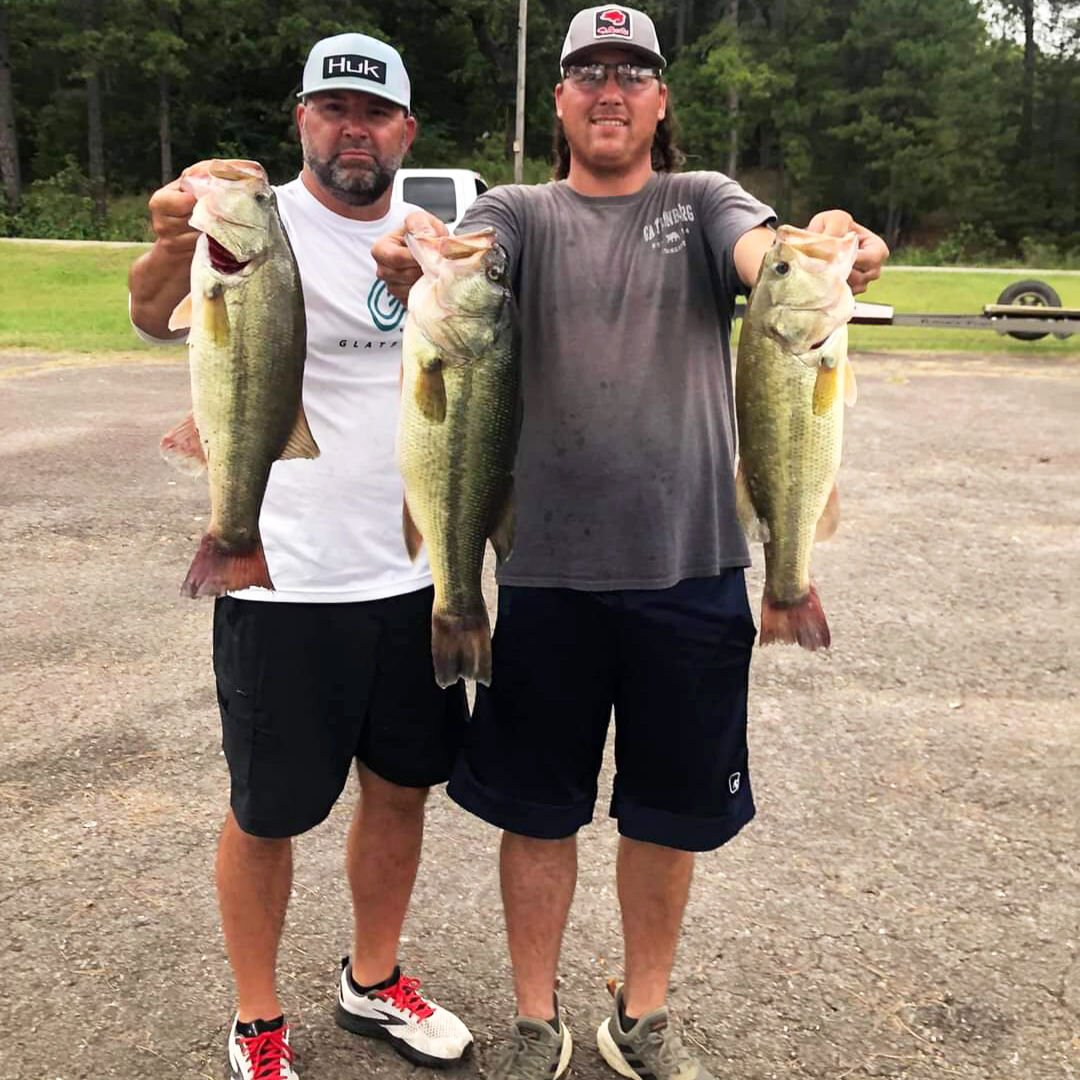 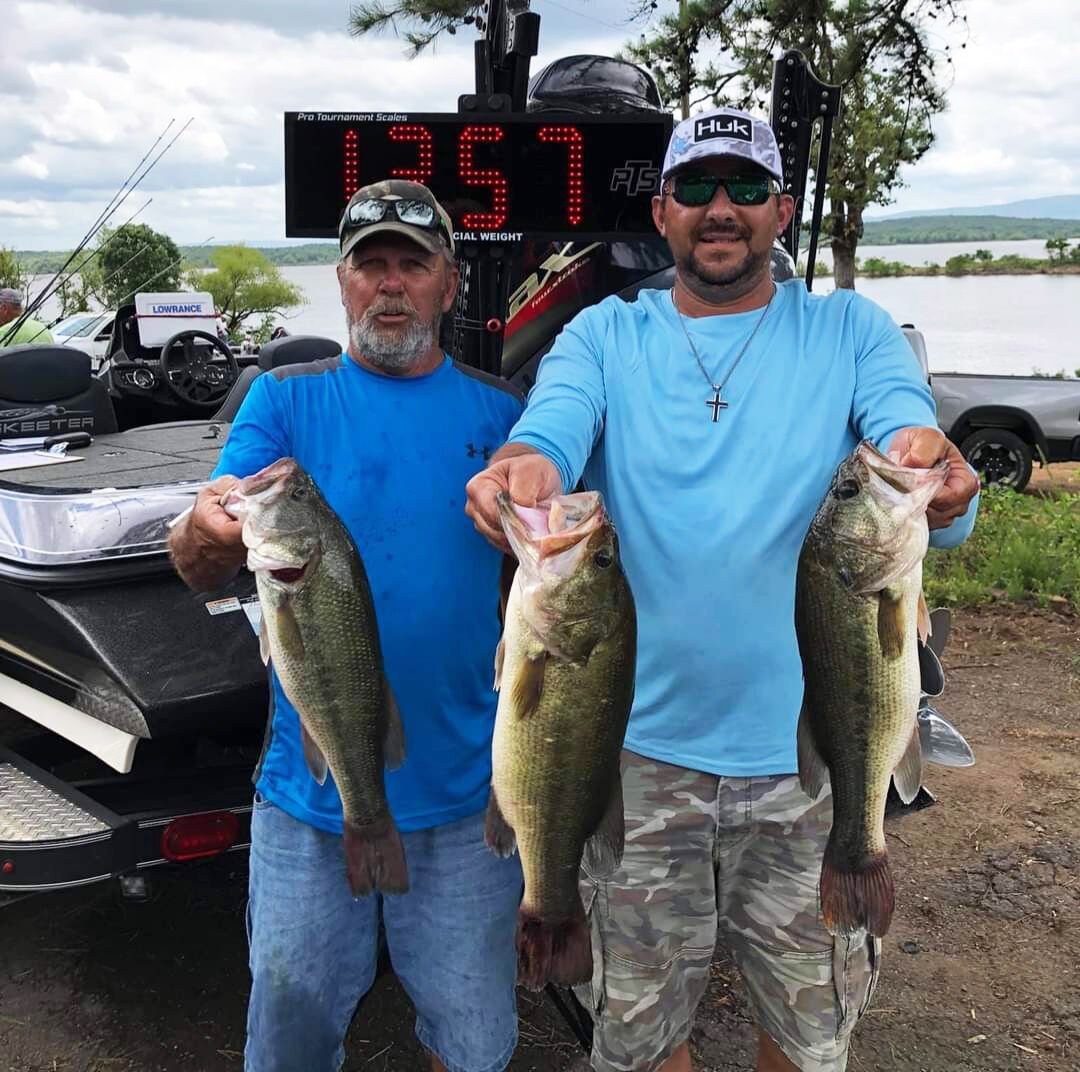 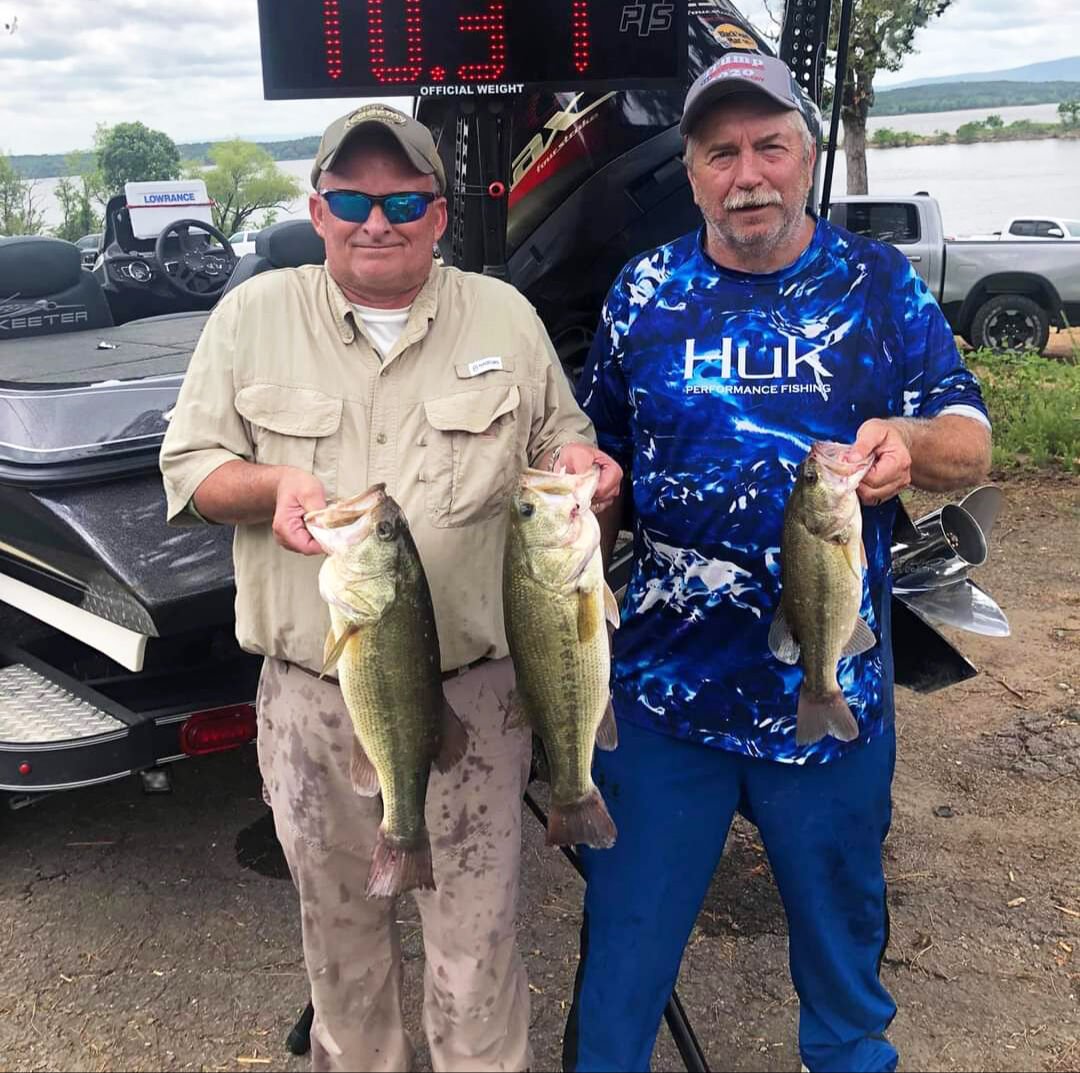 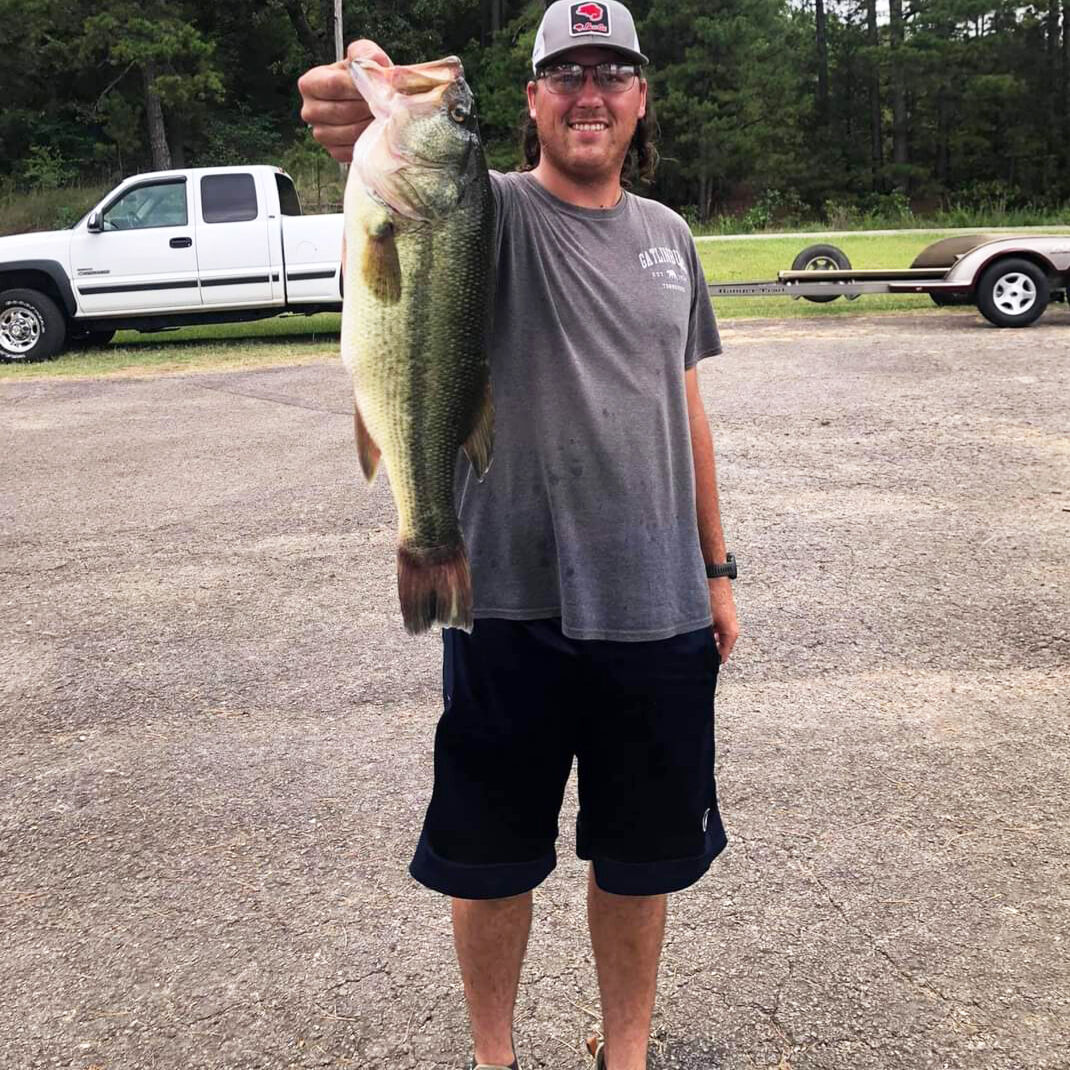 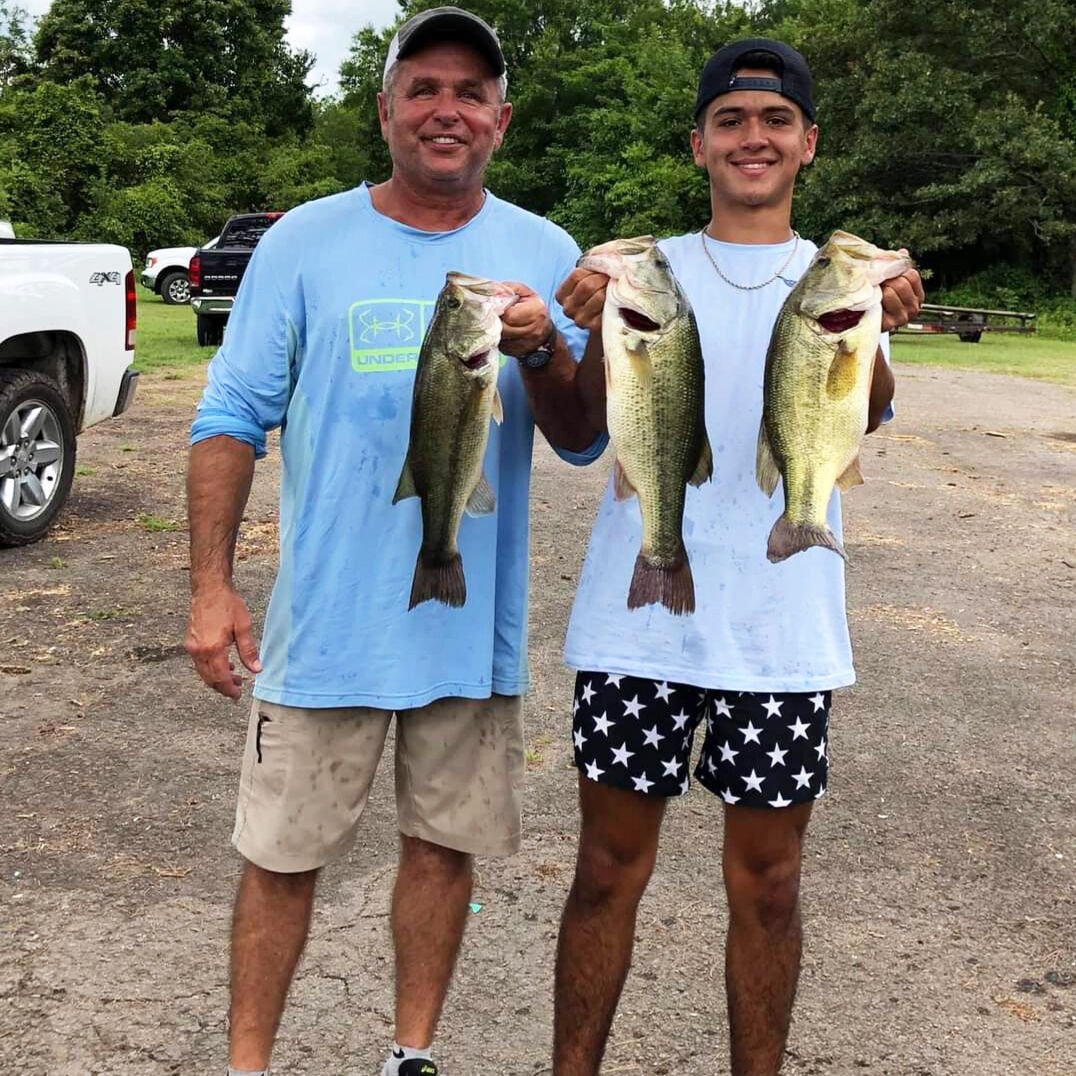 Since there wasn't enough space for more than two photos with cutlines on this Thursday's outdoors page, close-ups of the July 10 LeFlore County Bass Club open tournament top three teams, along with two other photos.

4. Colt Dunigan with his big bass

Also in the the top five were Frank Clymer and Larry Smith in fourth with 10.06 pounds. There were 18 boats with 30 anglers on Wister Lake that day. They caught a total of 42 fish, weighing 122.83 pounds in all and averaging 2.92 pounds. Fourteen limits were caught.

The final LCBC club tournament is this Saturday at Pine Creek Lake, so if you're reading this on Friday, get ready. It's 5:45 a.m. to 3 p.m. The cost is $50 per angler and an optional $10 for the second-place big bass pot.

The next open tournament is Aug. 7 at Ward's Landing on Wister Lake.

Clint Vaughn and Ryan Williams were just outside the money in fourth with 6.74 pounds. Close behind them in fifth were Eric Fairless and Jerrid Keller were fifth with 6.59 pounds.

There were 29 boats and 55 anglers out there for the evening. A total of 37 fish were caught, totaling 89.63 pounds and averaging 2.42 pounds. Seven limits were caught.

The next Thursday Night Jackpot is July 22 at Ward's Landing Wister Lake.

The Young Professionals of Poteau are putting on an all-night kickball tournament at the Poteau Area Recreational Complex on Aug. 28, with check-in at 8 p.m. and games starting at 9 p.m. They'll have music, food and fun all night long. There's an event holding fee of $60. The rest of the team's $140 registration fee is paid on the night of the event. Admission for non-players is $5.

All proceeds from the tournament benefit the YPP Scholarship Fund. There's a link on the Facebook page for the labeled Find Tickets that will direct people to registration.

This is a really awesome event. Get a team together. When I was in Blackwell, there was an all-night softball tournament. It's great that something like this is happening in Poteau. I'd be out there if I weren't going to California for a marathon that day.

Recycle. Save the world. Find me a trail. Have a great weekend.

Sorry, there are no recent results for popular videos.